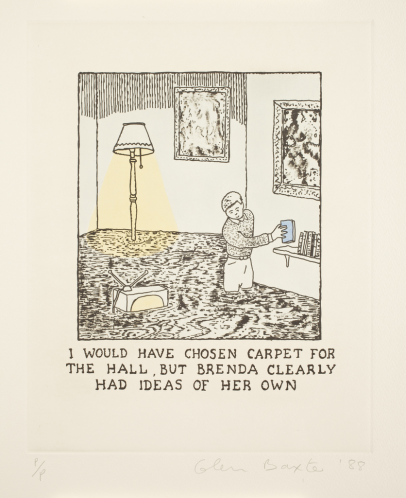 Baxter is a cartoonist born in Leeds in 1944. He trained at Leeds College for Art and became popular for his surreal, absurdist cartoons. His comics fuse images and language reminiscent of pulp fiction and adventure comics, while including intellectual jokes and references. His work has been published by a number of newspapers and magazines including The New Yorker, The Independent on Sunday and Vanity Fair.