KURT JACKSON is one of Cornwall’s best-loved artists.  He has been a great supporter of Falmouth Art Gallery and has produced work specifically for this celebratory exhibition.
The distinguished art critic, John Russell Taylor, described Kurt as ‘one of the great originals of British painting’.  This exhibition will show the diversity of Kurt’s work and his ability to capture the very special Cornish light.
The exhibition is organised in association with the Lemon Street Gallery, Truro who will be mounting their own Kurt Jackson show ‘The Cornish Tree’ from 10 September – 8 October 2011. 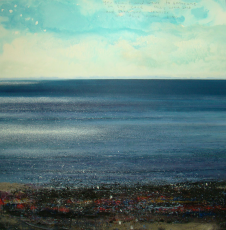