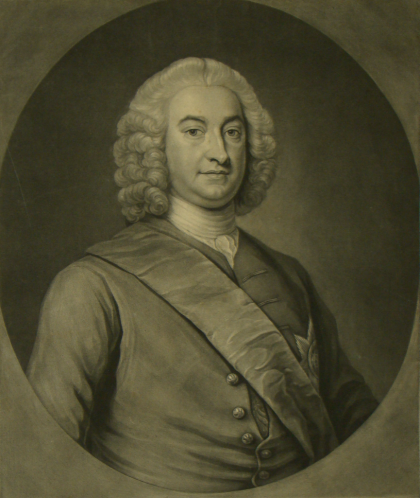 Born in London 1698 Knapton was an English portrait painter who studied under Jonathan Richardson and then at St. Martin?s Lane Academy. He spent time in Italy from 1725 -32 where he gained valuable knowledge of the ?Old Masters? which saw him considered an art connoisseur on his return to England. In 1736 he became official painter to the Society of Dilettanti, a dining society founded in 1732 by gentlemen of wealth and position who had travelled in Italy. Knapton?s portraits of his fellow members, often in fancy dress, are considered his finest works. These portraits are in oil but he also used pastel. Knapton?s largest work is The Family of Frederick, Prince of Wales painted in 1751 Due to his great reputation as an art connoisseur Knapton was commissioned in 1750, along with George Vertue, to catalogue the pictures at Kensington Palace, Hampton Court and Windsor Castle. In 1765 he became Surveyor and Keeper of the King?s Pictures. Knapton died in Kensington, London in December 1778.