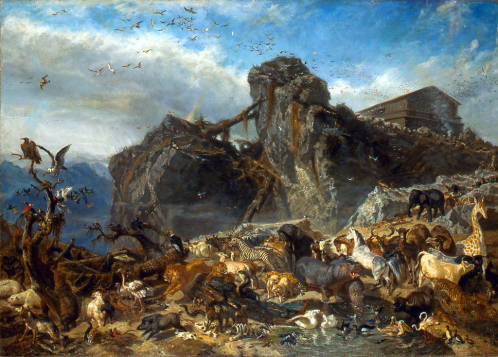 Filippo Palizzi was a leading artist in the 19th century realist tradition, and in the revival of Renaissance majolica design. He was born at Vasto, Italy, and became a pupil of Bonolisa at the Naples Academy. He travelled to Paris before coming President of the Naples Institute of Fine Arts. He was an accomplished history, genre, portrait, landscape and animal painter. You can see works by Palizzi at the National Gallery in Rome; the Gallery of Modern Art, Florence; Vasto cathedral; the Simu Museum, Budapest and the Rivoltella Museum in Trieste.