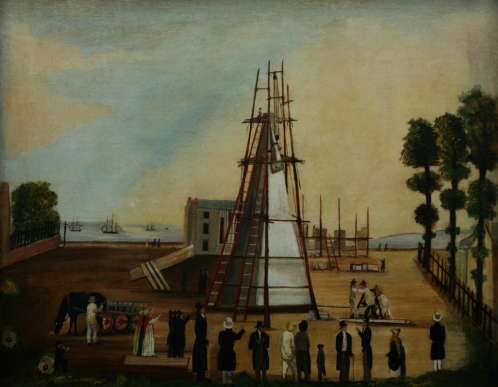 This shows the deconstruction or reconstruction of the Killigrew Monument. Martin Lister Killigrew left Falmouth in 1725 and twelve years later wrote a series of letters to Abraham Hall, his successor as steward to the estate, giving instructions as to the size and method of construction for this monument. He insisted there should be no inscription. It was originally built in the centre of the Grove. In 1836 it was moved to the top of the hill at the extreme southern end of The Avenue, but in 1871 a second move took the monument to its present position on Arwenack Green.