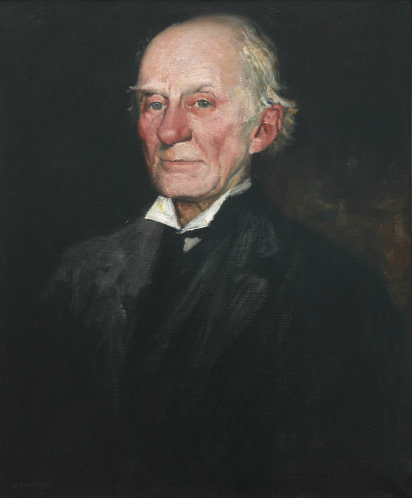 William Strang was born in Dumbarton, Scotland. His first job, at the age of 15, was as an apprentice clerk for a shipbuilding firm, William Denny and Bros. He studied art at the Slade School of Art under Poynter and Legros, and at the Academie Julian, Paris. He started his career as a greatly accomplished etcher but also showed great promise as a painter and in 1879 he was awarded the Gold Medal at the Dresden International exhibition. Between 1880 and 1900 he produced over 750 prints. He exhibited his paintings, mostly portraiture, at the Royal Academy and the New England Arts Club. Two of his paintings, 'Bank Holiday' (1912) and Self Portrait (1921), were bought for the nation by the Chantrey Bequest.