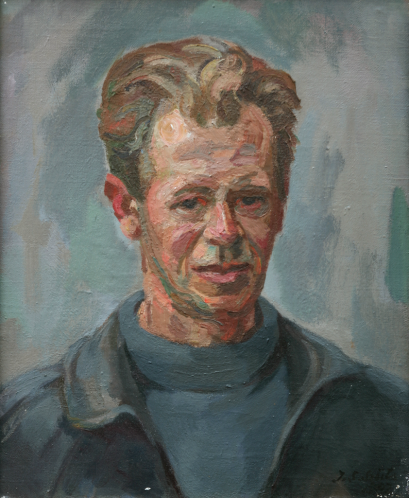 Istvan Szegedi-Szuts was a painter and illustrator born in Budapest, Hungary. He was a friend of the composers Bela Bartok, Zoltan Kodaly and Gyorgy Ranki. Szegedi-Szuts served in the First World War and produced a book about his experiences entitles 'My War' (publishes 1931 by John Lane) that included 200 full-page ink drawings. He first visited England in 1929 and held a solo exhibition at the Gieves Gallery, London, in the same year. In 1936 he moved to Cornwall with his partner Gwynedd Jones-Parry, whom he married in 1937. The couple lived a Caunce Head, near Mullion on The Lizard, and remained there for the rest of their lives. He exhibited with the Newlyn Society of Artist and Penwith Society of Arts St Ives.