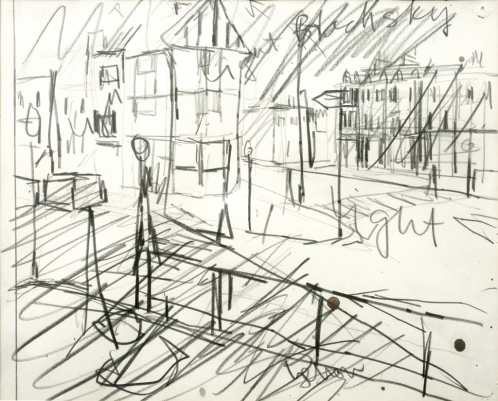 Born in Berlin to Jewish parents in 1931, father a lawyer and mother a former art student. In 1939 he was sent to England to escape Nazism, unfortunately both parents died while working in concentration camps. He attended St Martin?s School of Art (1948-52) and Royal College of Art (1952-55). Auerbach regularly exhibited at the Beaux-Arts Gallery until 1963, and the Marlborough Gallery from1965. Despite initially being criticised for his thick application of paint, he received much praise for his works? psychological impact. Auerbach held an Art Council retrospective of his work at the Hayward Gallery in 1978. He has since held a number of solo exhibitions at Venice Biennale (1986) and Rijsmuseum Vincent Van Gogh, Amsterdam (1989). Auerbach rarely leaves Britain, he lives and works in London, in the same studio since the 1950s.