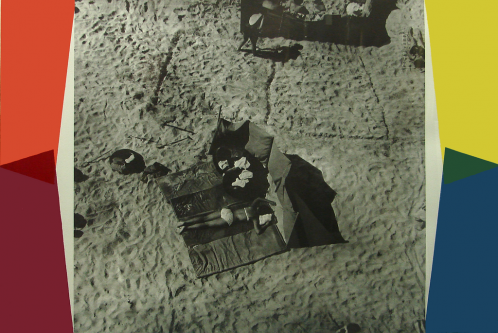 Born in Cardiff, Evans and his family moved to Rutherglen near Glasgow in 1913. He studied at Glasgow School of Art 1927-30 and the Royal College of Art 1931-33. In 1938-42 he moved to South Africa, returning to London in 1946. Evans was an abstract painter, printmaker and sculptor. He had an interest in classical themes and mythologies, infusing his work with romantic symbolism. He is closely associated with Surrealism, exhibiting 7 of his works at their International Exhibition in London in 1936. In the 1930s and 1940s his work responded to the violence and tragedy of the European political and economic crisis. In 1950s he began using a wide range of engraving techniques with his printmaking and his paintings became increasingly abstract. His paintings used flattened geometric forms that sit against neutral backgrounds, creating architectonic style with figurative elements. These were regarded as some of the boldest and most dramatic artworks of their time.