[jump to content]
You are here: Home » Exhibitions » 2013 » A Framers collection

Mattei Radev (1927 - 2009) was a refugee who fled Bulgaria as a stowaway on a cargo ship in 1950. He became one of the leading London picture framers, mixing with artists, dealers and art critics.

In 1991, Radev was left a significant art collection by his friend Eardley Knollys, who had, in turn, inherited a large part of it from Eddie Sackville West, 5th Lord Sackville some years earlier.

The collection reflects each man's differing tastes: Knollys for French artists and Sackville-West for modern British pieces. Although Radev added works by Robert Medley, Duncan Grant and John Piper, his greatest gift was to keep the collection intact. 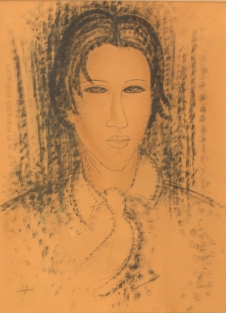