Peter Gibson and Alex Hooper met at the Slade School of Fine Art in 1968.

The Slade film department was equipped with several movie cameras which Pete and Alex made full use of. They were encouraged to try their hands at the 'rockumentary', resulting in their documentaries on John Mayall the blues musician. Pete and Alex followed him round on tour in 1969 to make a fly on the wall film.

This is the story of their creative partnership featuring photography, film, sound recording, oral history, embroidery and the Blues. 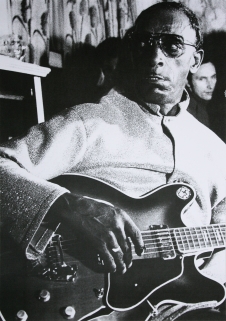