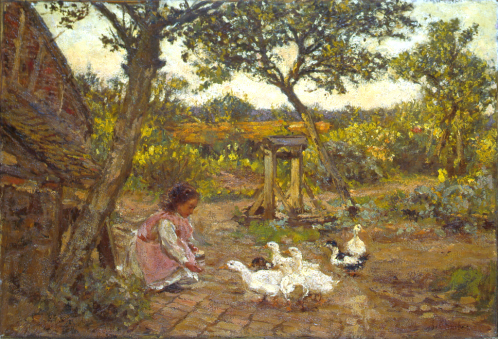 In his book 'The Complete Writings on Art', Walter Sirkert writes "If I were asked what man of my generation had attained the highest achievement as a painter, I should be compelled to name Mr James Charles" James Henry Charles was born in Warrington, Lancashire. He studied at the Heatherly School of Art, the Royal Academy Schools and in Paris at the Academie Julian. He was greatly influenced by the 'plein air' movement and mainly painted portraiture and scenes of rural life. In 1889 he was awarded the Silver Medal at the Paris International Exhibition for his painting 'Will it rain?' and in 1891 he was elected an Associate of the Societe Nationale des Beux Arts.