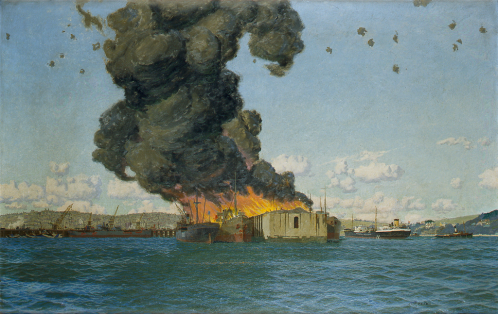 During World War II it was evident that Falmouth would be a target for German bombers. On 10 July 1940 at 14.30 hours, the docks received their heaviest raid, when three vessels were hit, one of which sank and two were burnt out. The British Chancellor was one of the latter. She was later dry-docked and received extensive repairs.

Charles Pears worked for the War Artists' Commission and was the first President of the Society of Marine Artists. He was an official war artist during both World Wars and was well known for his design work which included many notable book covers and posters.