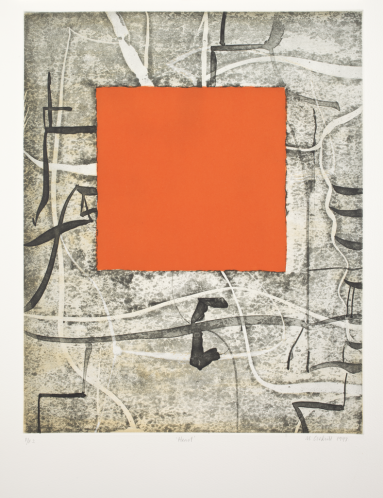 Born in Hartlepool, Cockrill studied at Wrexham School of Art and University of Reading 1960-64. He went on to become a full time lecturer at Liverpool Polytechnic 1967-80. In the following years he was a visiting tutor at Manchester, Portsmouth, Farnham, Winchester, Nottingham, Royal College of Art, Central School of Art, St Martin?s School of Art and the Royal Academy Schools. 1995 Cockrill was artist in residence at GOFA University NSW, Australia. He acted as Keeper of the Royal Academy Schools till 2011. Cockrill?s first solo exhibition was held at the Edward Totah Gallery, London, in 1984. He soon established an international reputation, with further solo shows at the Kunstmuseum Dusseldorf and Bernard Jacobson Gallery in London and New York. Cockrill has held two retrospectives of his work one at the Walker Gallery Liverpool in 1995 and the Royal West of England Gallery in 1998. Cockrill has won a number of prizes including ones from the Arts Council of Britain, Royal Festival Hall and the British Council. He was elected as an RA member in 1999. He now lives and works in London