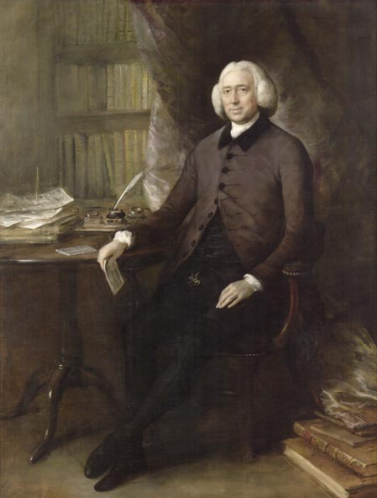 Along with Sir Joshua Reynolds, Thomas Gainsborough was the leading portrait painter of his generation. The Royal family employed him in preference to Reynolds from 1776. Unlike other major portrait painters he did not employ a team of studio artists, although he did have some assistance from Gainsborough Dupont from 1772. Gainsborough was able to paint with brushes up to several feet long and his studio had 'scarcely any light'. This technique became a major influence on Kenneth Newton (1933-1984), who is strongly represented in Falmouth's collection.