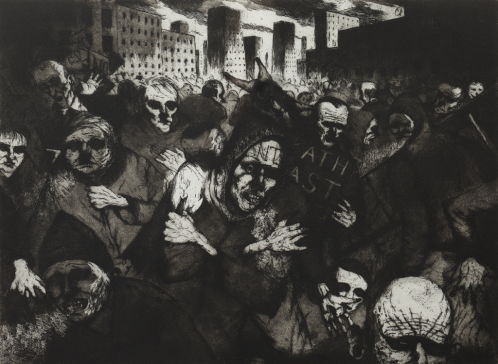 Currie is a Scottish artist and studied at the Glasgow School of Art. In his early work industrial Glasgow was a key subject, these paintings were linear in style and modelled in block-like forms. In the early 1990s, he was much affected by the political and humanitarian events in Eastern Europe. He began to depict decaying and damaged bodies, as a response to what he felt was the sickness of contemporary society. Although still as socially aware as in his earlier work, Currie?s style has become less linear. In the mid-1990s his painting became simpler. He is focused on individuals instead of crowds, painting them in haunting luminous colours.