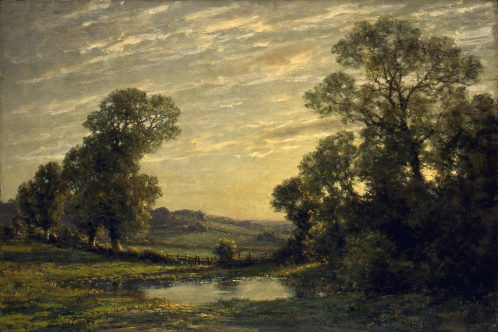 Jose Weiss was a talented landscape painter who is perhaps better known as a pioneer of aviation. He was born in France but moved to England in the early 1890s after holidaying in West Sussex. He lived at Houghton House in the village of Houghton, Arundel, Sussex, and remained there living and painting for the rest of his life. In August 1899 he became a British subject by naturalisation. He exhibited at he Royal Academy, Goupil Gallery and he Royal Institute of Oil Painters. Today his work is in great demand with collectors.